the musings of a cynical optimist 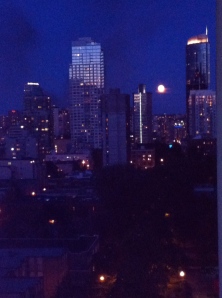 A gorgeous full moon - and some smouldering police cars.

Ever snort white powder off a toilet at a 2 Live Crew concert? Gotten so drunk you threw up in the hot tub? Just felt so lazy, you didn’t pick up your dog’s crap?

If you haven’t done any of these, chances are good you know someone who has. Chances are very, very good. Like, 100% good.

You see, recently, there was a riot in my beloved city of Vancouver and I was really upset. I was angry and sad, and mostly very confused about who these idiots were. They are completely opposite of me. Totally immoral, spoiled, selfish, and also, not particularily good at rioting – posing for pictures as you torch a cop car? No face masks? Come on people?!

Details emerged that many of these trouble makers are indeed normal people. They have nice families, day jobs, pay taxes, enjoy bowling. So I started questioning why I was so mad at them. And I thought of that quote.

“If you hate a person, you hate something in him that is part of yourself.”

Well, I also hated them because they gave the best city in the world some really bad international press and destroyed a lot of businesses for no reason but that’s neither here nor there.

The truth is, most of us do some combination of something stupid and morally questionable, virtually everyday. Sure, some things are worse then others; morality is a sliding scale. But  stupidity is a vital part of being a human and we are all, at one time or another, stupid.

We justify what we do. We rationalize it. We tell ourselves stories to make ourselves feel better. But i bet you could write a list just as long as I have of bad, dumb things people do.

-lying, cheating on people or tests, smoking things, drinking until you barf more than once, trash talking other people, eating foods that we know aren’t good for us, embracing a culture addicted to oil, plastic and other things that are poisoning our planet.

I have ridden my bike without a helmet. That’s illegal.

I locked my keys in my car while it was running. That’s stupid.

I stole a guy’s hoodie. Actually he was drunk and I asked for it and he handed it over – but still, it was like stealing candy from a baby. That’s mean and immoral. And I still have the hoodie. And I’m not giving it back.

I ate McDonalds immediately after watching Supersize Me. And I don’t even like McDonalds! That’s completely irrational.

These facts combined with my love of huge crowds, my obsession with the sound of smashing glass, and my affinity for Palm Bay, give me the profile of a rioter. Holy shit!

If CBC had a record of all the things i’ve thought, felt and done that i shouldn’t have. Man, i’d be so screwed. Admit it. You would too.

So as the public lynching continues, I will judge others by the same rules I judge myself by.

Realizing my own flaws has knocked me off my arrogant throne of moral and intellectual superiority. It’s made me more humble, less judgemental and much less angry. Which is nice because some of the anti-riot people have hearts that are painted black and they have no faith in humanity. And that scares me more than rioters.

P.S. I believe all rioters should receive the maximum penalty applicable by law. Because that was a pretty brutal combo of immorality and stupidity, a step back in evolution, and I think as humans we can do better than that.